According to abbreviationfinder, Iraq is a nation in Western Asia. Its capital city Baghdad. Until 2003, when Saddam Hussein’s regime was overthrown, Iraq was internationally isolated and subject to UN sanctions because of the attack on Kuwait in 1990. The United States and Britain maintained aviation zones and supported the opposition. After a US-led invasion in 2003, Iraq came under American control. The foreign forces left the country 2,011, but soon the Islamic State (IS) forced a new war effort with international support. Having initially had a common interest in fighting IS, the US and Iran have since been drawn into a power struggle that is largely fought in Iraq. 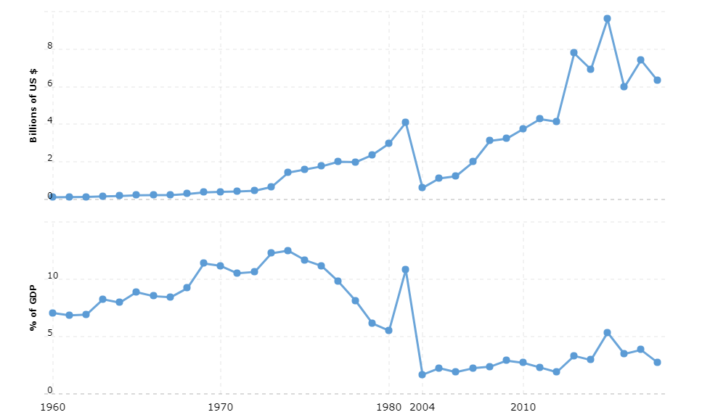 The United States still has a strong connection to the Iraqi army, which it built up after 2003, and influence over politics, especially after the US military again intervened in the country in 2014 (see Current Policy). Other countries are also involved in Iraq’s policy. This applies primarily to Iran, which exerts a great deal of influence over Shiite parties and has ties to the government and the military, in particular a multitude of Shi’ites that have become ever closer to the government army. Turkey is watching what is happening in the Kurdish areas of the north and Qatar and Saudi Arabia are watching Iraq’s Sunni Arab population.

The Arab League countries and the oil-producing state’s organization Opec were initially skeptical of US-backed Iraqi leaders who took office after the 2003 invasion, but already invited them to the meetings the year after. Iraq’s neighboring countries were concerned about the risk that the United States would have hidden plans with the occupation, such as gaining control of oil production. Several also worried about Iran’s growing influence in Baghdad. In 2005, the first agreements between former Iranian enemies Iran and Iraq on joint use of oil pipelines, Iraqi access to Iranian ports and trade and security matters were signed. In 2008, Mahmoud Ahmadinejad visited Baghdad as the first Iranian president.

With Syria, Iraq reestablished diplomatic relations in 2006, which had been terminated in 1982 when Syria took a stand for Iran in the war against Iraq.

Iraq’s contacts with states on the Arabian Peninsula have been normalized since Iraq’s invasion of Kuwait and the subsequent war 1990-1991, but relations have remained tense. Saudi Arabia, which severed diplomatic relations with Iraq in 1990, has an Iraqi ambassador again, but was forced to change positions in 2017, after the envoy dared to criticize Shi’i militaries receiving support from Iran.

Iraq still pays war damages to Kuwait after the 1990-1991 war. The payments were suspended between 2014 and 2018, when Iraq’s budget was strained by the fight against IS.

Relations between Iraq, Turkey and the United States spiked until 2007, when the Turkish-Kurdish PKK guerrilla carried out attacks in southeastern Turkey. When the US and Kurdish authorities in northern Iraq refused to act against the PKK, the Turkish air force attacked. In 2008, Turkey launched a ground offensive with air support. The Iraqi government called the invasion a violation of the country’s sovereignty. After a week, the Turks returned to their bases, after US President George W Bush also called on Turkey to withdraw. Turkey shows repeated disapproval of the strong position the Kurds have in Iraq, with regional autonomy.

IS’s rapid advancement and widespread expansion in the north of 2014–2017 presented Iraq’s regime with a need for military force gathering. The IS-empire also created refugee waves. Both the United States and Iran have an interest in combating Sunni extremism, and the brutality of IS’s advancement strengthened popular support for outside assistance. A US-led alliance was once again given a lead role, and by the end of 2017, the United States had nearly 9,000 soldiers in Iraq. When the toughest battles were cleared and IS thrown out of all major support, the government appealed for a Marshall Plan similar to the one the US embarked on for Europe’s reconstruction after the Second World War.

In the intensified conflict between the United States under President Trump and Iran since 2018, Iraq that has feared has been stuck. Iraq has pledged to respect US re-imposed sanctions on Iran, as a result of which Iraq’s commodity imports from Iran are limited. But the United States has agreed to make exceptions to the energy exchange; lack of energy supply has the potential to lead to social unrest in Iraq, which had also happened shortly before the new sanctions came into force. However, the United States has pushed Iraq to reduce its dependence on Iran, which for its part has steadily strengthened its presence and impact on Iraqi politics. Irrational militias carried out a number of attacks on US targets, before the US and Iran finally stepped up to also conduct direct war actions against each other on Iraqi soil.

The Kurds took on a significant role in the fighting against IS and breathed morning air, hoping to strengthen their independence and control over the oil city of Kirkuk. But there, the Iraqi central government was reported to have Iran in the back. When IS was defeated, Iraq’s government army and allied Shi’ilists recaptured Kirkuk, and Kurdistan political rule was forced to adhere to Baghdad’s central power.

During Saddam Hussein, Iraq had one of the world’s largest armies, although it was not as capable as it appeared on paper. The army was severely injured by the Kuwait War in 1991 and the subsequent sanctions. After the 2003 US invasion, the army disbanded, with some former soldiers and officers joining the armed resistance (see Modern History). Instead, the United States began building a new security apparatus from the ground up.

Over the next eight years, the United States spent $ 25 billion on this. Nevertheless, Iraq’s army was weak when the United States left the country in December 2011. It was further undermined by political intrigue and religious mistrust between soldiers and officers following the US departure.

In 2014, the army had a total of 14 divisions, but they were weakened by corruption and political appointments within the officer corps. An investigation later revealed that the army had around 50,000 so-called “ghost soldiers” who were not in reality. The purpose was to deceive salary payments and military appropriations, which were then shattered by commanders and politicians. Four divisions are believed to have collapsed in connection with the Islamic State (IS) march in Mosul in June 2014. Since then, the army has undergone reorganization. Since 2014, the United States and other countries have had several thousand military forces in the country to support and train people in the armed forces.

During Saddam Hussein’s time in power, Russia was the largest supplier of weapons to Iraq, a role that the United States later assumed. However, in 2012, Iraq was reported to have signed a contract with Russia on arms purchases for the equivalent of $ 4.2 billion, which would make Russia the country’s second largest arms supplier. In 2014, Russia handed over several Suchoi Su-25 fighter aircraft as a contribution to the fight against IS.

Alongside the army and the police, a large number of more or less independent Shiite militias operate (see Political groupings). The role of the Shi’ilim decreased somewhat when the violence in Iraq was suppressed, around 2008–2012, but then grew again. Several Iraqi militia groups sent fighters to Syria to support President Bashar al-Assad against Sunni insurgents from about 2012, and received money and training for this from Iran. When IS began to become a major problem in Iraq in 2014, many Iraqis returned from Syria. Shiite Muslim leaders began mass recruitment of militiamen after the fall of Mosul in the summer of 2014. The Iraqi government has called the militia “the people mobilization”, al-Hashd al-Shaabi. Some of them are elite forces with better weapons than the Iraqi army, while others are poorly trained and equipped. In addition, the Shi’ilis have become known for abuses against Sunnis. It has also happened that they fought among themselves. According to US press records, the militia had grown to between 100,000 and 120,000 at the beginning of 2015, while the regular Iraqi army did not consist of more than 48,000 combatants. The figures were said to come from US and Iraqi decision makers. The mobilization forces then have knutitis closer to the government army, even though they continue to act as separate militias (seeCalendar).

Following IS’s breakthrough in June 2014, the Baghdad government began discussing the creation of a National Guard, where Sunni Muslim militants, clans and ex-rebels could be recruited in the same way as in al-Sahwa in the 00s (see Modern History). The National Guard would be organized provincially. Only in February 2014 was a law passed on this in Parliament and the process seemed to drag on in time. Many Shiite politicians are skeptical of arming Sunni groups whom they regard as unreliable at best, at worst purely hostile.

In the Kurdish areas, the parties KDP and PUK have their own armed forces, commonly called peshmerga. There is also the PKK guerrilla, whose armed supporters are not counted as the pesh merger. Until 2014, PKK was not militarily active in Iraq, although the group had bases there, but PKK later participated in the fighting against IS.

More than 150 people are killed when two powerful car bombs explode near official buildings outside the so-called Green Zone of Baghdad. The Islamic State terrorist group in Iraq says it has performed the deed.

Syria is accused of terror

Iraq accuses Syria of being involved in several bomb attacks in Baghdad.

The retreat of the Western powers continues

The US military is retiring according to plans from Iraq’s cities. The number of severe bombings is increasing during this time. On July 31, the last British soldiers leave Iraq.

Timetable for US Retreat

US new President Barack Obama presents a new timetable for US retreat from Iraq. All combat units must be taken home before August 31, 2010. Other units, no more than 50,000 men, will stay until the end of 2011.